Save this query Export results to Excel. Preparation for publication of an edition and translation of The Mirror of Marriage , a medieval French debate poem by influential courtier Eustache Deschamps The project is an edition and translation of Eustache Deschamps' Miroir de Mariage , a 12,line medieval debate-poem on marriage's dis advantages. Deschamps presents personal and learned insights into this topic, and detailed observations on the manners and ambitions of the medieval French and their lives, private and public.

Stock and original misogyny and misogamy are presented in nuanced, satirical ways, animating a vanished world.

Women fascinated him. Earlier scholarly condemnation of this work as hackneyed misogyny is unsound. The Miroir is a defense of marriage and a rebuttal of medieval antifeminism.


No modern edition or translation of the Miroir exists. I swear to keep the salt shaker faaaaar away, though! This one found itself at the bottom of the ratings and so became my take it to work tea until it was no more. Tell me who are you?

Who are you, who who who who Cuz I really wanna know Who are you, fruit or flor-al. The fruit is mostly what I smell in the packet. After steeping the tea is a deep gold color and clear. The aroma is mostly apple, a little papaya, and a little rose at the end of the sniff. The flavor is a weird in between of something trying to be tropical fruit and something trying to be floral. I think this tea is trying to do too much at one time.

As it is, this is not a favorite. I have made it to the last black tea in my cupboard! This is a pretty tea, and yes, it is lychee — very strong lychee, a very singular lychee note — that I smell coming out of the tin. The tea is a dark chestnut color, leaning toward mahogany. It smells like lychee, but also like something else.

Something minerally. Rock like. Maybe a little like potato. For those synesthetes out there, if a malty yunnan smells gold, this smells silver. Flavor-wise this is better than I expected.

I am not a huge lychee fan. Still, done well it can be quite enjoyable for me. This one is done really well. Or based on rating? Or based on anything? I would so love a search function as the ordering functions are limited in their utility. If I was going to stock a lychee black tea in my permanent collection, this would be it. Say no more. Do you find lychee teas to differ quite a bit in taste? I tried one and disliked the taste so much that I have not been able to bring myself to finish the reminder of the g bag — which is rare for me. So I am wondering if I need to try a couple of more before I write them off completely.

If you really dislike lychee, you might not like this. Thank you Morgana, it was informative. I went to their website and it is all in French. Do you order them off the Amazon or do you read in French? But also you can change the language on the Mariage Freres site to English in the upper right hand corner. A woodsy, not overly sharp smell comes from the dry leaf. I steeped at a lower temp than usual, F for I think I might have to up the temp some. I smell the Sakura from yesterday in the steep — it must have worked its way into the Breville or I failed to rinse it fully.

The flavor is mild, vaguely like champagne. Second try at F. The combination of the hotter temp, and the Sakura having washed away or at least not being noticeable is an improvement. The tea is a little darker amber, too.

This is a very mild darjeeling. Smooth, no sharp notes at all. No water logged effect on the stomach that I sometimes get with first flush darjeelings. 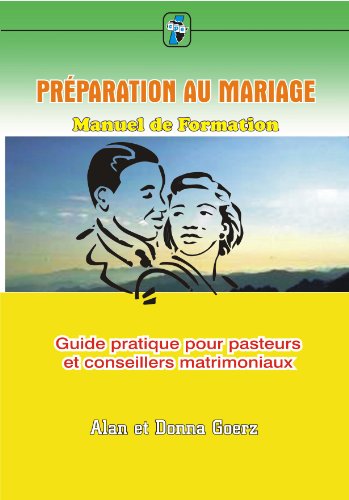 This is actually a blend of teas from various estates. The tea has a fruity aspect, grape, maybe some plum. And a woody aspect, though it is subtle. Not much earthiness.

After steeping, this becomes mellower, and takes on a vanilla note as well. The tea is a medium, golden yellow color and has some particles suspended in it. I actually bought this because I was on a nostalgia kick and looking for something to stand in for a taste like Constant Comment, unavailable here. Had this lovely stuff this morning, sweet and strong with milk. Blame Thai food! For this, I used almost 4 grams to ml water at about 95C, steeped for maybe 2.

This poor tea ended up at the bottom of the ratings in the cupboard, even though it is a really good tea and I could have continued drinking it happily for a while. I feel a little sorry for it. Because it was at the bottom of the ratings, it ended up getting put at the front of the iced tea queue. Yeah, I have not had as many sipdowns lately since I set out to write a note about every tea in my cupboard.

I need to get on the stick. After doing a rough count of my as yet untasted and unwritten about black teas, which I must now revise, I did a similar count of greens. The tea tasted ok, but the were a lot of undissolved matcha grains at the bottom and I got a mouth full of them in my last sip.


Actually, this was a digression to a digression. Now, stepping laterally into another digression: revised count of untasted, un-written about black teas NOT including this tea : It has a citrus-floral smell in the packet. It smells a little malty, with a caramel note. I think the caramel note is vanilla, somewhere on the continuum between chocolate and vanilla. The flavor is much milder than I expected.


The citrus is very gently represented in the blend, almost totally in the background. Which makes it rather difficult to find something about this tea that makes it special. I feel that way about a lot of the French teas. They are lovely and pleasing to drink, but rarely truly special. Alas, this poor tea did not.